The rest of the book discusses important issues in economic development, namely, entrepreneurial process, national capabilities, innovation, trade, government, transition and catching up strategies for firms in latecomer economies. The book ends with concluding remarks and a proposal for a new research agenda in economic development.

This book is well written, free from mathematics and is highly readable.

It adds new insights not only in economics, but also in management, politics and social sciences. It will be useful to scholars, policy makers and students in economic development, entrepreneurship, theory of the firm, management of innovation, government policy, economic sociology, Austrian and evolutionary economics. Skip to: Content. Log In. My Account.

Bioeconomy – The next phase of economic development

Federal Tech Talk. Foodie and the Beast. For Your Benefit. At the same time, those coming from a faith perspective need to develop literacy in the discourse of human rights, to establish ground for dialogue. Thirdly, why is or should the theme of development be of interest to a religious believer? I want to answer this specifically in terms of Christian faith, while aware that there will be other answers from other perspectives. I do so because, while it is true that all major traditions, as I have mentioned, share a belief in the dignity and freedom of the human subject, each one has its own particular rationale for this and its own ways of spelling out its full implications in concrete terms.

It is easy to see religious motivations here in terms of imperatives to care for the unfortunate; 'almsgiving' is undoubtedly a strong theme in most faith traditions. But what is interesting is that this is by no means the whole story. Thus, in Christian theological terms, two motifs are specially significant in such a larger picture. First, there is the belief in humanity's creation in the divine image, with the implication spelled out in the Book of Genesis that this entails responsibility for cultivating the material world around and giving names to the animals.

To be human is to be consciously involved in giving meaning to the world you inhabit; and so a situation in which you have no power to exercise that creativity, where you are expected to be passive in relation to what lies around you, is a situation in which the image of God is obscured. The Christian belief is that we all begin in such a situation as a result of 'original sin', but that salvation restores the image and allows us to take up the position we were made for within creation.

Material poverty and powerlessness are a problem for the Christian believer because they represent one outworking of the structural sin or failure into which we are born, the various ways in which our humanity is compromised or reduced.

Economic and Social Determinants of Human Development: A New Perspective

To be stuck in a reactive relation to the material world, incapable of getting beyond subsistence, survival, is a tragedy in the light of what humanity could be. To recover the image of God must mean recovering an intelligent and creative way of relating to and working with the environment — not by being set free from dependence on the environment but by being able to shape it and direct it in certain ways so as both to express and to increase the creative liberty of human persons in harmony with the flourishing of all creation.

But there is a second dimension to this. Once the basic breakthrough has been achieved — by the coming of God in human flesh — the recovered or restored divine image is understood as involving a responsibility, not only for the world at large but for each other in particular. The imagery of the Body, used by St Paul, underlines this by insisting that the welfare of each individual and the welfare of all are inseparable, so that the poverty of another is also my diminution and the liberation of the other is likewise mine as well.

Thus to take responsibility for nourishing the creative liberty of someone who would otherwise be threatened with a life less than properly human is to open myself to a gift of greater fullness in my own humanity. This is not, in other words, simply about the prosperous giving something to the poor, but about a gift that contributes to the liberation of both poor and prosperous and transforms both. No-one's identity or destiny in the Christian framework is to be understood simply individually; in the much-quoted words of an early Christian monk, 'Our life and our death are with our neighbour'.

Carrying this over into the ethics of development brings a crucial insight: we are not trying to solve someone else's problem but to liberate ourselves from a toxic and unjust situation in which we, the prosperous, are less than human. 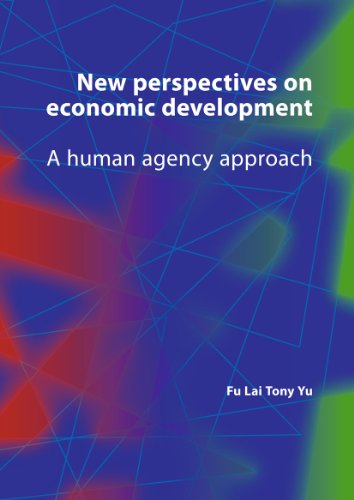 The way forward is not simply the shedding of surplus wealth on to grateful recipients but an understanding that we are trying to take forward the process by which the other becomes as fully a 'giver' as I seek to be, so that the transaction by which I seek to bring about change in the direction of justice for another is one in which I come to be as much in the other's debt as they are in mine. The Christian foundation for a search for a more equal distribution of resources within and between societies is essentially about what might be called a proper 'distribution of dignity' — not a mechanically levelling process but one in which exchange becomes possible in new ways and so mutual enrichment of various sorts becomes a reality.

If we take this fully on board, we are bound to realise that one of the most debilitating features of our normal donor culture is — as was hinted earlier — the mentality of patron and client. One party is always petitioning, the other is free to give or withhold and so retains power over the petitioner.


It is unquestionably true, alas, that religious rhetoric has, with its stress on almsgiving, intensified this imbalance of power; but the truth is that the perspective of faith in this connection ought to be a critique of patronage. An unbalanced distribution of power is in the long run as damaging to the powerful as to the powerless.

To the extent that a Christian world-view can provide firm ground for this sort of critique, it is a creative and necessary element in thinking through development issues. It is also true for Christians as for other religious groups that what we might call unofficial forms of solidarity across nations and cultures are routine. Christian congregations are frequently linked internationally: to give just a few examples from the UK, dioceses of the Church of England have partnerships with dioceses overseas; the Mothers' Union offers an impressive range of contacts for lay people and has, obviously, a particularly strong focus on women's issues in health and education; church schools sometimes develop internet links with schools in Africa or India or the Middle East.

These represent a range of ways to engage with development, not least in raising consciousness about development issues. They are to do with prayer and mutual learning as much as practical assistance, and they often involve people from the less privileged end of the partnership visiting and ministering in the UK. Of course, as with all development links, there is a risk of patron-client features, and there is a constant need for scrutiny to prevent these relationships slipping back into a classically unilateral and unbalanced style.

Many faith organisations as with secular agencies seek to be conscious about the dynamics of power and the nature of authentic partnership, and to build mutual accountability and transformation into their vision and practice. But it is not simple, and, as it has sometimes been expressed, the links described above illustrate how development is sometimes best understood when it is not the sole focus of a relationship or an agenda.

It is interesting, incidentally, to see how many of the same possibilities and challenges are increasingly being identified by Muslim-based agencies. Like the churches, they can take for granted a powerful emotional solidarity and though for different reasons and in different ways a set of close cross-national relationships between particular communities.

As in the Christian context, Islamic activists and organisers face the challenge of working out a distinctive approach to development questions without becoming exclusivist in their targets, and recognise the need to locate development within the context of a global vision for the restoration of 'integral' humanity, a vision or mission within which the element of economic liberation is vital but not the only priority.

I have used the term 'economic liberation' as a way of entering a mild caution about speaking too uncritically of 'development' as a self-defining notion. The word has — notoriously — been associated with one particular sort of global narrative, allied to the hope of unrestricted economic growth. I have proposed that one of the contributions of religious conviction to the discussion of these issues is that faith, by putting economic development in a wider context, allows us to raise the perennially difficult and often evaded question of what the purpose of material growth is — in other words, to check the idea that unlimited material expansion as opposed to freedom from poverty is a self-evident good for any economy or for the world as a whole.